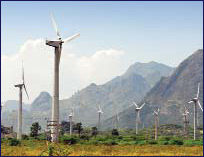 A commitment by industrialized countries to decrease carbon emission by 50% within ten years and to reduce by 25% consumption of natural resources over the same period.

There must therefore be a recognition that the wealthy countries are wealthy because of the industrialization that has caused the climate crisis, and the acceptance of the concept of Climate Debt as a consequence.

Furthermore, every year the world consumes each year 30% more than what the biosphere can regenerate—the definition of "unsustainable." Unless developed countries reduce their carbon emission and their consumption of an unfair portion of the planet's resources, preventable death and disaster will increase exponentially.

For more information on these issues: